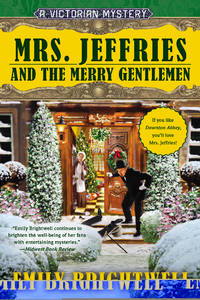 The holiday season brings a mix of merriment, mayhem, and murder. And it falls to Inspector Witherspoon—with a significant portion of help from the ever-watchful Mrs. Jeffries—to find the culprit… THE BUSINESS OF DEATH Orlando Edison is a stockbroker using London’s infatuation with foreign mining ventures to make a fortune. He has curried favor with the nation’s most respected aristocrats, even inviting three of the most influential investors in England—known as the Merry Gentlemen—to be part of his latest enterprise. Despite his mysterious past, Edison is now welcomed in the highest circles and moves with ease among the rich and powerful. Yet a few days before Christmas, he is found sprawled across his doorstep, murdered. Charismatic and charming, Edison was kind to his servants and generous with his friends. Why would someone want him dead? Inspector Witherspoon and his household are all looking forward to the festive season. Witherspoon is eager to spend time with his godchild. Wiggins, the footman, is infatuated with football and would rather cheer goals than chase down clues. And Mrs. Goodge longs to bake recipes from the latest cookbooks. But they all know their duty, and led by the intrepid Mrs. Jeffries, they plan to see justice served for the holidays…. 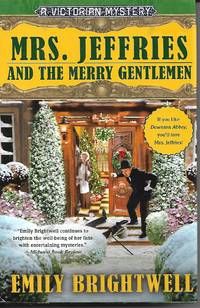 Description:
Very light storage and handling wear. There is a tiny penciled price notation on the inside cover page. Aside from this, there are no other signs of writing, marks or stains inside the book.
Item Price
US$4.48US$2.24
Save US$2.24!
US$3.75 shipping to USA

Description:
Berkley. Used - Good. Shows some signs of wear, and may have some markings on the inside.
Item Price
US$7.08
FREE shipping to USA 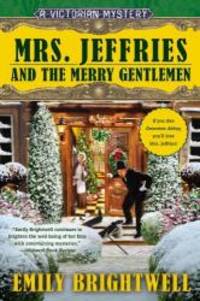 Description:
2013-08-03. Good. Ships with Tracking Number! INTERNATIONAL WORLDWIDE Shipping available. May not contain Access Codes or Supplements. May be re-issue. May be ex-library. Shipping & Handling by region. Buy with confidence, excellent customer service!
Item Price
US$44.59
FREE shipping to USA