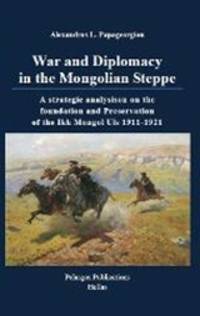 Description:
Athens: Pelasgos, 2017. Brand new. In English. Soft cover, 21 cm, 232 pp. ISBN: 978-960-522-480-6.
In 1911 a thaumaturgy occurred in the Mongolian Steppe that had not been made manifest in centuries. The Khans had united. Their banners where raised, the shackles of tyranny where removed and the nation's heart stirred in such fashion that fire turned to iron. The old ways had resurfaced; the tribes set aside their differences and the aristocrats rose to the challenge, in plains and mountains under the eternal blue sky, the Mongols where mobilizing. Never again would they be bound by a foreign oppressor; never again would a foreigner dictate to them how to live in their own lands. The time of the Ikh Mongol Uls had come again. The Khagan would return to lead his people to freedom and greatness and those who had presumed the Mongols weak and divided, would soon realize that there is more to Heaven and Earth than what they dreamt of in their philosophy. Armies assembled, shamans convened, the masses… Read more
Item Price:
NZ$64.21
NZ$30.82 shipping to USA 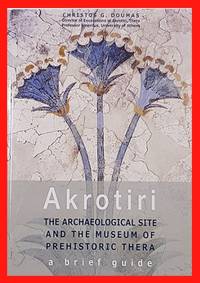 Description:
Athens: Society for The Promotion of Studies on Prehistoric Thera, 2017. In English. Soft cover, 25 cm, 192 pp.; net weight 525 gr. ISBN: 978-960-522-480-6.
IMPORTANT: The shipping cost is an important parameter of this order; it is NOT included in the price and depends on the actual weight and destination; you will have to approve it after the confirmation of the order. You may ask for an estimate before placing the order at: dem.siatras@gmail.com
Item Price:
NZ$82.19
NZ$30.82 shipping to USA