Nebula Award Winners of the 1960s

Considered by many in the literary community to be one of the highest honors in the Science Fiction and Fantasy genres, the Nebula Award has been presented annually since 1966.

Since 1966, a group of sci-fi and fantasy authors has gathered to recognize their peers who have told the best stories by giving them the Nebula Award. The 1800-member Science Fiction and Fantasy Writers of America (SWFA) obviously have a lot to say about stories, and by giving awards to their peers, they create a running list of the what they feel to be the best SF (that’s speculative fiction, not sci-fi) on Earth. While reading all of the novels on the list is not for most people, it’s the type of project that appeals to me. It took four-and-a-half years, and I am here to let you know which novels are most worth reading and which are most worth mailing to your enemies.

Despite the fact that the SFWA are surely very smart people with what I can only assume to be an immense amount of perspective on the genre, I found that a number of their awards were given to books I could not possibly recommend. What follows is a brief perspective on each book that novel that won the Nebula starting with the first and moving chronologically. Because I lack literary training, I try to avoid evaluating a book as “good” or “bad,” so I will instead try tell you how strongly I recommend them and to whom. I hope that this can serve as a guide for you on your own literary journey. If you want to see the whole list in context, you can see a spreadsheet here.

(Note: The years listed are not the year published, they are the year awarded. Also, 1967 saw two books awarded instead of one.)

It seems fitting that Dune should be first on this list, because it sets a high standard of excellence for the books to follow. Dune is so foundational to the genre that it practically seems archetypal. Weaving political intrigue, excellent characters, and enough action to keep things interesting makes this hero’s journey a book I would recommend to anyone, and it is made even better by the fact that it’s social commentary on conservation of natural resources has been relevant since it’s release.

Flowers for Algernon, by Daniel Keyes (1967)

An immersive story about a person who experience both ends of the IQ spectrum could easily be clinical if it were not for the delicate handling of the day-to-day concerns and challenges of the main character. Unfortunately, the book felt like something I might have been assigned in a high school freshman lit class. I would recommend it to some people.

Although I am not sure I could ever give a proper definition of “space opera,” I am sure this is a space opera. It’s odd, it’s a journey, it has wacky characters, and it has very particular macguffin: a language so concise that it can be used to think thousands of times faster and can even be weaponized. I would not recommend this book, but I would also not steer anyone away.

The Einstein Intersection, by Samuel Delaney (1968)

Speaking frankly, I still don’t know what this book was about. Maybe it’s because I read it when I was moving to a new state, or maybe it’s just too weird. It has a cool setting (aliens colonize earth where they find and misinterpret 1960’s pop culture after Humans leave), but the fun stops there. I would actively discourage others from reading this book.

I like a good coming of age story, and I especially like them when they have female leads for some reason. Panshin does a good job of building his world of enormous spaceships and social hierarchies, but they failed to really grab me. It was fun, it was interesting, but it was mostly forgettable (except for the synthetic ham). I would tell others that they should read something else.

I hope you have enjoyed this brief introduction to the Nebula award-winning novels. The 1960s’ novels represent the full range of my experience from delightful (Dune) to painful (The Einstein Intersection), but there is plenty of pain and joy left in the list. Please let me know in the comments if you feel differently than I do about any of these books. I’m interested to hear other perspectives, and I hope that you will join me for the next article: the 1970s. 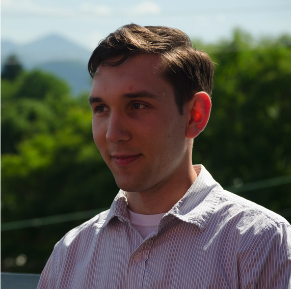 Pittsburgh native and Asheville resident Andy Gmitter has been reading Sci-Fi and Fantasy since his introduction to the genre with Ender’s Game when he was 11 years old. As a project manager for a web-based software company, he spends his days invested in small details, but the rest of the time is reserved for grand adventures in books or at a kitchen table with friends. Since he finished reading his final Nebula Award winning novel, he has begun to fill in gaps in his SF literacy by reading Heinlein, Redshirts, and more.