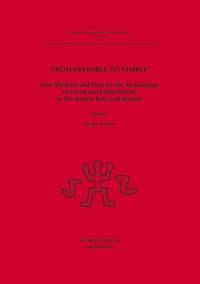 FROM INVISIBLE TO VISIBLE

FROM INVISIBLE TO VISIBLE: New Methods and Data for the Archaeology of Infant and Child Burials in Pre-Roman Italy and Beyond

In April 2017, an international conference, From Invisible to Visible. New Data and Methods for the Archaeology of Infant and Child Burials in Pre-Roman Italy, was held at Trinity College Dublin and brought together for the first time a large number of experts on pre-Roman Italy to present and discuss their current research. This volume contains some of the papers presented at the conference, together with contributions by colleagues who did not attend the conference but expressed their interest in contributing to this volume. All chapters discuss mainly previously unpublished data from pre-Roman Italy with the exception of the last chapter that presents a case study from Late Antique Greece.

The first part of the volume constitutes the premise to the others and focuses on methodologies and theorethical approaches to the study of sub-adult burials in pre-Roman Italy. The second part discusses the archaeology of infant and child burials in ancient Latium and Rome, with new data from Rome, Gabii and Satricum. The third part presents data from the two South Etruscan towns of Veii and Tarquinia. In the fourth part, the different chapters follow a journey towards the north; the sites of Tivoli, Spoleto, Novilara, Murlo, Forcello and Verona are discussed. The fifth part presents comprehensive overviews on infant and child burials in Abruzzo and Samnium and discusses a significant case study from Jazzo Fornasiello in Puglia. The final and sixth part is devoted to the archaeology of the Islands, from the necropoleis of eastern Sicily (Monte Finocchito, Cassibile and Pantalica) to the tofet of Motya and the necropoleis of Monte Sirai and Villamar in Sardinia.
.
.
==================================================================IMPORTANT: The shipping cost is an important parameter of this order; it is NOT included in the price and depends on the actual weight and destination; you will have to approve it after the confirmation of the order. You may ask for an estimate before placing the order at: dem.siatras@gmail.com

Seller rating:
This seller has earned a 4 of 5 Stars rating from Biblio customers.
Biblio.co.nz member since 2011
ATHENS
Ask Seller a Question

New
A new book is a book previously not circulated to a buyer. Although a new book is typically free of any faults or defects,... [more]

One of the most influential - and certainly most iconic - cultural revolutions in American history, the Harlem Renaissance offers a compelling repertoire for both seasoned and novice book collectors. We've put together a beautiful gallery of high points to help start your collection here.