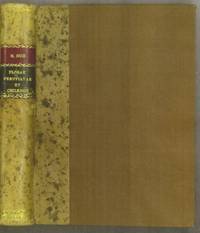 Hipólito Ruiz, was a Spanish botanist known for researching the floras of Peru and Chile during an expedition under Carlos III from 1777 to 1788. During the reign of Carlos III, three major botanical expeditions were sent to the New World; Ruiz and José Antonio Pavón Jiménez were the botanists for the first of these expeditions, to Peru and Chile. After studying Latin with an uncle who was a priest, at the age of 14 Ruiz López went to Madrid to study logic, physics, chemistry and pharmacology. He also studied botany at the Migas Calientes Botanical Gardens (now the Real Jardín Botánico de Madrid), under the supervision of Casimiro Gómez Ortega (1741-1818) and Antonio Palau Verdera (1734-1793). Ruiz had not yet completed his pharmacology studies when he was named the head botanist of the expedition. The French physician Joseph Dombey was named as his assistant, and the pharmacologist José Antonio Pavón y Jimenez was also appointed. Completing the expedition were the botanical illustrators Joseph Bonete and Isidro Gálvez. The expedition sailed from Cádiz in 1777, arriving at Lima in April 1778. They explored throughout Peru and Chile for ten years (1778-1788), collecting specimens. The expedition collected 3,000 specimens of plants and made 2,500 life-sized botanical illustrations. When they returned to Spain they brought back a great many living plants. One of the medical remedies brought back by this expedition was the boiled spouts of the quisoar plant, Buddleja incana, which was used to cure colds or, mixed with urine, to alleviate toothache. The collections arrived in Cádiz in good order (for the most part) in 1788, and were deposited in the Real Jardín Botánico de Madrid and in the Gabinete de Historia Natural, the precursor of the Museum of Natural History. The discoveries included about 150 new genera and 500 new species, which still retain the names given them by Ruiz and Pavón. Unfortunately, a part of the collection consisting of 53 crates with 800 illustrations, dried plants, seeds, resins and minerals was lost when the ship transporting it was wrecked on the coast of Portugal. Back in Spain, Ruiz finished his pharmacological studies, graduating in 1790. He was named a member of the Royal Academy of Medicine in 1794, and he published various works in that body's Memoires. He and Pavón published Flora Peruviana et Chilensis in ten volumes, richly illustrated with engravings of the specimens. The first four volumes were published between 1798 and 1802. The last six volumes were published after the death of Ruiz. Before his death, Ruiz also published Quinología o tratado del árbol de la quina (Madrid, 1792). This work was soon translated into Italian (1792), German (1794) and English (1800). The journals Ruiz produced for his exploration of South America during these years are remarkable for their breadth of ethnobotanical and natural history knowledge. Of particular interest to the Spanish Crown at the time was pharmacological knowledge of New World plants such as Chinchona, the source of the anti-malarial, quinine. In addition to detailed descriptions and paintings of the flora and fauna of Peru and Chile, Ruiz observed the geology and weather of the area, and included cultural information about the life of the Indians and the colonists of the area.

Rebound in period binding with old book sellers catalog label to front paste down, some slight foxing, worm hole not affecting text a very good copy of a scarce item.

All items are guaranteed as described. If an item is not as described, it is returnable within seven days of receipt, unless other arrangements are made. Full refunds given only when items are received in the same condition in which they were sent. We require new customers to send payment with their order. Customers known to us will be invoiced with payment due in thirty days, unless prior arrangements are made. Institutions will be billed to meet their requirements. All items subject to prior sale. We accept Visa, Mastercard, and American Express Please be advised that we can only ship to your billing address. We accept checks, but may require that the check clears before we ship an order. Prices of books do not include shipping. We use UPS domestically and internationally. Other shipping arrangements can be made. Shipping is always charged at cost. Texas residents must add 8.25% sales tax.

Seller rating:
This seller has earned a 5 of 5 Stars rating from Biblio customers.
Biblio.co.nz member since: 2005
Fort Worth, Texas
Ask Seller a Question

About The Book Collector ABAA, ILAB

The Book Collector specializes in the finest collections of Chess, Anthropology, Americana and American Literature. Visit our website at www.bookcollectorshop.com

New
A new book is a book previously not circulated to a buyer. Although a new book is typically free of any faults or defects,...[more]
spine
The outer portion of a book which covers the actual binding. The spine usually faces outward when a book is placed on a shelf....[more]
gilt
The decorative application of gold or gold coloring to a portion of a book on the spine, edges of the text block, or an inlay in...[more]
octavo
Another of the terms referring to page or book size, octavo refers to a standard printer's sheet folded four times, producing...[more]