Description:
New York: Holt, Rinehart & Winston, 1970. First Edition of the author's first book; review copy, with the review slip and the author’s publicity photo laid in. A fine copy in a dust jacket with very slight browning; a far above average copy.
Item Price
US$6,500.00
US$9.00 shipping to USA 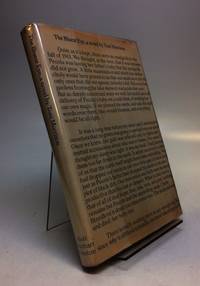 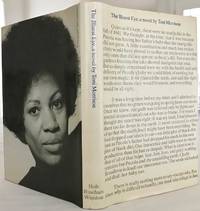 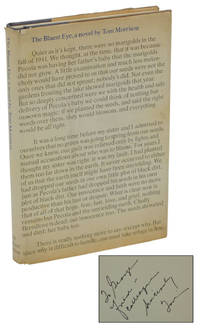 Description:
New York: Holt, Rinehart and Winston, 1970. First Edition. Good/Good. First Edition, First Printing. Signed by Toni Morrison on the front free endpaper and inscribed to a former owner. Good. Lean and creases to spine, boards toned at edges. Several small stains and dog-ears to pages. In a Good price-clipped dust jacket, toned, with several edge-tears and creases to flaps. The author's first book, signed and warmly inscribed to a friend and colleague.
Item Price
US$3,800.00
FREE shipping to USA 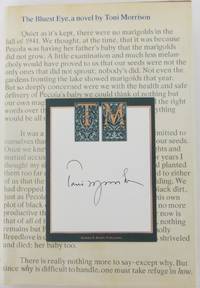 Description:
Holt Rinehart and Winston, 1970. 1st Edition. Hardcover. Near Fine/Near Fine. A near fine first edition in a near fine dust jacket (with the original price and date code still present on the front flap). First Edition stated on the copyright page. Publisher's bookplate signed by Toni Morrison laid in. Previous owner's blindstamp on title page. Housed in a custom-made collector's slipcase.
Item Price
US$3,000.00
US$6.00 shipping to USA 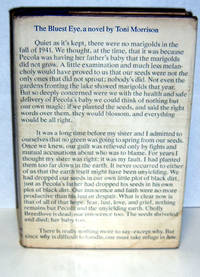 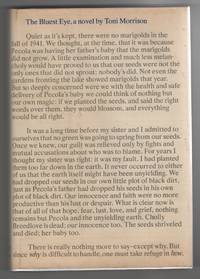 Description:
Holt , Rinehart and Winston. Near Fine in Very Good+ dust jacket. 1970. 1st Edition. 1st Printing. Hardcover. First-state dust jacket has very slight soil, faint vertical crease down the center of spine, running its length, 1/16-inch tear to top edge of back panel. Front flap has light vertical stripe running parallel to the outside edge, probably a printing defect. Jacket is still quite attractive, now protected by fresh mylar sleeve. Book is in excellent condition; margins of boards are mildly sunned, edge of spine foot is bumped. Book will open only 30 degrees without encountering strong resistance; it is clearly unread and unopened. . Stated first edition with no printing statement, as required for first edition. '1070' printed at bottom of front flap, price of $5.95. A handsome first edition of the first book published by the author, winner of the Pulitzer Prize for fiction in 1988 and the Nobel Prize in literature in 1993. First printing, first state dust jacket. Scarce. .… Read more
Item Price
US$2,505.00
FREE shipping to USA 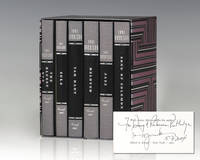 Description:
New York: Alfred A. Knopf, 1994. A six volume set consisting of The Bluest Eye, Sula, Song of Solomon, Tar Baby, Beloved and Jazz. Octavo, 6 volumes, original cloth bound with slipcase. Each volume of this special slipcased edition are inscribed by Toni Morrison. Each are in fine condition contained in a fine slipcase. Nominated for the National Book Award, Sula exemplifies the mysteries of death, friendship, and poverty, and its rare economy in writing is met with critical acclaim and popular success, establishing Morrison as one of the 20th century's most significant novelists. Sula is but one example of the prodigious writing that Morrison has done, for which she has been awarded the 1988 Pulitzer Prize for Fiction, 1993 Nobel Prize in Literature, and the 2012 Presidential Medal of Freedom.
Item Price
US$1,850.00
FREE shipping to USA

Description:
New York:: Holt Rinehart & Winston,, [1970].. First edition.. publisher's cloth-backed boards in dust jacket. . Ink inscription to verso of rear free endpaper; ink name to front free endpaper; otherwise a very good copy with a little dust-soiling to the cloth. In a bright, unchipped jacket with one tiny closed tear and a small brown stain to the bottom of the spine.. 8vo,. Author's first book.
Item Price
US$1,750.00
US$4.50 shipping to USA 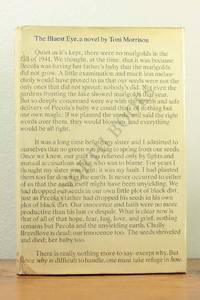 Description:
New York: Holt, Rinehart and Winston, 1970. Hardcover. Stated First Edition: with requisite $5.95 and 1070 present on the dust jacket flap. 12mo. 164pp. VERY GOOD in Very Good dust jacket protected in a removable mylar cover. The book itself shows marginal shelf rubbing and toning of the edges, just a hint of dust spotting to the text-block edges, otherwise the binding is strong and tight, the text is clean and unmarked, and the boards are bright and distinct. The dust jacket shows just a hint of shelf rubbing of the edges, is lightly toned, a very short closed tear at the bottommost of the spine, the occasional small scuff, otherwise is bright, colorful and distinct. As pictured.
Item Price
US$1,500.00
FREE shipping to USA 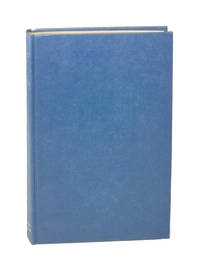 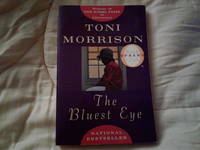 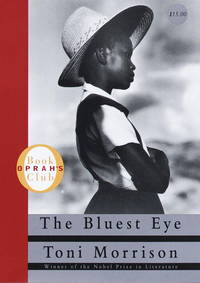 Description:
This is the hardcover stated Knopf First Edition from 2000. Both the dj and the book are in excellent condition. There are no rips, tears, markings, etc.---and the pages and binding are tight (see photo). **Note: All books listed as FIRST EDITIONS are stated by the publisher in words or number lines--or--only stated editions that include only the publisher and publication date. Check my feedback to see that I sell exactly as I describe. So bid now for this magnificent, impossible-to-find LITERARY COLLECTIBLE.Like New
Item Price
US$33.00
US$6.00 shipping to USA

Description:
New York: KNOPF, 2000. THIS IS A BEAUTIFUL COPY, NEAR IN FINE DJ OF THIS IMPORTANT VOLUME BY THE LEGENDARY TONI MORRISON.....THE BLUEST....THIS IS A STATED FIRST EDITION OF THE SPECIAL OPRAH BOOK CLUB EDITION OF 2000 BY ALFRED A. KNOPT...DESTINED TO BE A FAIRLY IMPORTANT COLLECTABLE VOLUME..THE TITLE IS RIGHT...THE AUTHOR IS RIGHT AND THE CONDITION IS RIGHT. STATED FIRST OF OPRAH BOOK CLUB EDITION. HARDBOUND. NEAR FINE/Fine. OCTAVO. THE BLUEST EYE.
Item Price
US$18.00
US$3.99 shipping to USA 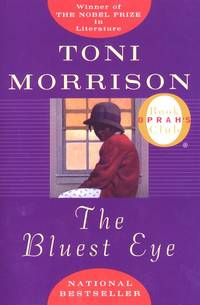 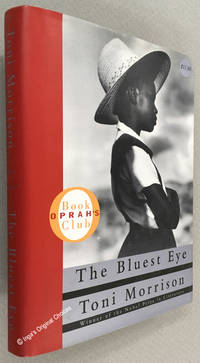 Description:
Alfred A. Knopf / A Borzoi Book, 1993. First Alfred A. Knopf edition. NON price-clipped dust jacket [$ 15.00], clean, crisp, colors bright, minor edge wear. Pages [216] clean, unmarked, binding tight and square; includes an 8-page afterword by the author. Media Mail, Priority & most international shipping include free tracking information. Every book listed is located in my smoke free and climate controlled shop. All are inspected by me and will have qualities and/or flaws described. . Stated 1st Edition. Hard Cover. Near Fine/Near Fine. 12mo - over 6 3/4 to 7 3/4 Tall.
Item Price
US$10.00
US$3.99 shipping to USA