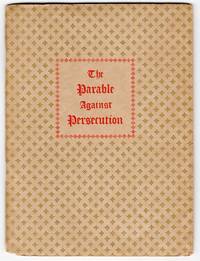 Boston: Brad Stephens & Co. No date but issued in 1927 as a keepsake of the American Institute of Graphic Arts. A parable of tolerance and brotherly love -- and also a story that can be read in the context of the immigration debate in the US. Adapted by Ben Franklin in the 18th century from an old story. 12 double leaves, printed one side only. Color frontispiece. Small, staple-bound booklet with self-attached jacket. 6.25 x 4.75 inches. VG with light wear and signs of age. Clean and securely bound. Nicely preserved overall. 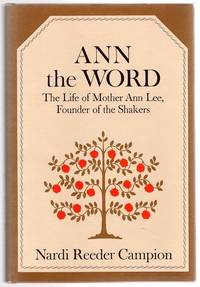 Boston: Little, Brown, 1976. 1st edition. Signed / inscribed by the author. A biography of Ann Lee (1736-1784), the charismatic, controversial founder of the Shaker religious sect. Lee came to America from England and became the spiritual leader of thousands of followers who considered her the female embodiment of Jesus Christ. xiv, 208 pages, with index. Clothbound 8vo hardcover. VG in VG dust jacket. Sound, tight binding. Price-clipped jacket is lightly worn, spine faded. Protected by a new clear archival cover. Signed by the author on the half-title in 1978 for a college friend from Wellesley. . 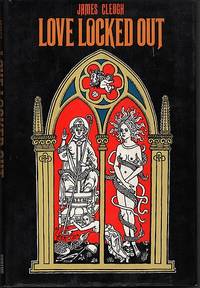 London: Spring Books, (1970.) First published in 1963. Printed in East Germany. A study of "the excessive sexuality of the Middle Ages," an era marked by "unrestrained wildness and the practice of perversions unknown in earlier times." A frank work that argues the restrictive teachings of the Christian Church led to a proliferation of illicit sex, orgies and other forbidden pleasures, and even witchcraft and the Black Mass. 320 pages with select bibliography and index. Clothbound hardcover in dust jacket. 8.75 by 5.75 inches. Gray cloth with silver lettering. VG overall. Some edge wear and rubbing to the jacket, but no tears or other significant flaws. No price on the jacket, probably because this book was intended to be sold in various countries. "Printed in East Germany" ink stamps on the title page and the last page. Sound, tight binding. Jacket is protected by a new clear archival cover. .

Albany, NY: First Unitarian Society of Albany, 1943. 1st edition. A scarce history of Unitarianism in New York's capital city. 114 pages. 8vo hardcover. One-quarter cloth binding. VG with moderate fading and signs of age. Ownership signature of Karl Nielsen, Minister of the Society beginning in 1945 (per pencil notes by him on p. 101.) Laid in 4-page program from 1925 marking dedication of the Unitarian church on Washington Avenue in Albany. A good solid copy overall of an uncommon book.. 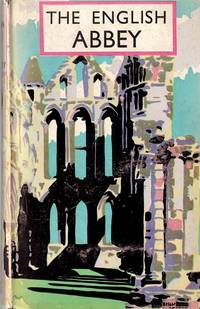 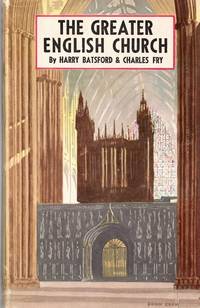 London: B.T. Batsford. Second edition revised, 1943-44. (First published 1940, but a "large proportion" of the edition was destroyed by enemy bombing in the war.) A comprehensive book for the layman on how the great Medieval churches were planned, funded, built, furnished, altered and restored in later years, and much more. viii, 136 pages. Color frontispiece and two color plates in the text; b&w plates throughout. Clothbound 8vo hardcover in color dustwrapper by noted English artist Brian Cook. VG/VG. Some mild foxing to early and late pages, but clean internally otherwise. Sound, tight binding. Light chipping, one closed tear to the dustwrapper, which is price-clipped at both the top and bottom of the front flap.. 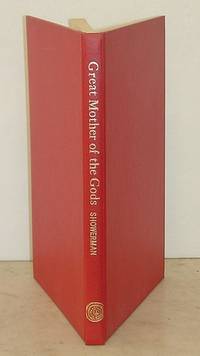 Chicago: Argonaut, Inc., 1969. An "unchanged reprint" of the original 1901 publication. A study of religious beliefs in ancient Rome and the genesis of the Great Mother goddess cult during the reign of Lucius Tarquinius Superbus (535-496 BC.) A scholarly study of the rise of the cult, its ultimate decline and fall. Includes discussions of paganism, the prophecies of the Sybilline Books, "taurobolium" bull sacrifice, archaeology, and literature of the period. 114 pages, index. 4 b&w photographic illustrations. Clothbound hardcover, 9.25 by 6 inches. Red cloth with gilt spine lettering. No dust jacket, as issued (?) Minor spotting to the top page edge, but VG overall. Tight binding. Clean internally. A book that appears to have seen little, if any, use.. 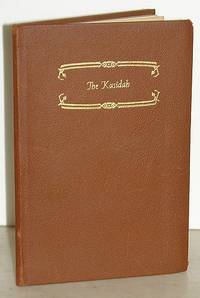 NY: Thomas Y. Crowell Co. No date, but circa 1940s. Leatherbound 8vo. Written by Burton, despite his claim to have merely translated it from a Persian manuscript. A long poem that distills Sufi philosophical thought and expresses the spiritual themes of Sufism, the mystic inner dimension of Islam. First published in 1880. 64 pages with glossary. Full leather binding with gilt lettering and decoration. Some wear at the corners and small worn spots along the spine, but Good overall. Sound, tight binding. Clean internally. A brief but important work by Burton (1821-90), British explorer, author, translator, linguist and ethnologist who was one of the towering figures of the Victorian age.. 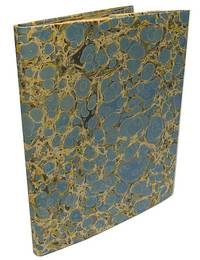 Philadelphia: Printed by Thomas and George Palmer, 1805. 1st edition. (BAL 1509; Shaw & Shoemaker 8790; Wegelin 1038.) In a period binding with a modern, marbled paper jacket. An epic poem in blank verse about the persecution of early Christians by "the tyrants of Rome," the spread of Christianity and its influence on the "Manner of Nations." Left unfinished and published the year after John Blair Linns death at age 27 of tuberculosis. With a detailed biographical sketch of Linn's life and work, including his service as pastor of the First Presbyterian congregation in Philadelphia. Sketch written by Linn's brother-in-law, "C.B.B." [Charles Brockden Brown.] xxvi, 97 pages. Quarto, 10 by 8.25 inches. Early or original binding of light blue paper-covered boards. Worn and stained externally but intact with sound hinges and text block. Lacking the frontispiece silhouette portrait of Linn, but otherwise complete. Ghost of the portrait visible on title page. Text pages are age-toned throughout. Several pages more heavily darkened with old spotting/staining but no loss of legibility. No prior owner signatures, bookplates, or institutional markings. In all, a solid a copy of a scarce early American imprint. For appearance and protection, we added the attractive dust jacket fashioned from marbled paper hand-made in Israel. . 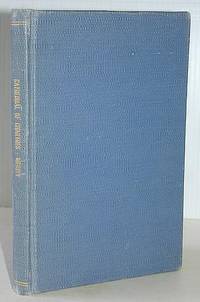 Paris: Henri Laurens, 1926. Short Monographs of the Great Edifices series. English language edition. A concise history of how the church was founded, built and transformed by human art over many centuries. 38 photos and other illustrations, including two double-page plans of the cathedral, one of them in color. 92 pages, with list of ancient architects, list of illustrations and index. 12mo hardcover. Rebound in sturdy blue library cloth for the private Holton-Arms School [formerly of Washington, DC, and relocated to Bethesda, MD, in 1963.] Holton-Arms bookplate inside the front cover, a few cataloguing numbers but no other library markings. Original stiff printed paper covers bound in. VG condition. Text pages age-toned. Some external wear and rubbing, but quite sound and securely bound..

Want to know when Lux Libri adds new books to this category?