An Antiquarian Bookstore in business for over 25 years 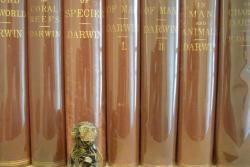 I am a book collector and Internet bookseller specializing in academic and scholarly books, especially modern first editions and classic monographs.

25 years as specialists in o.p., scholarly, and rare books in nearly all subject areas, with about 55,000 carefully selected books in stock.

COLLECTIBLE AND OUT OF PRINT BOOKS WITH FOCUS ON SCHOLARLY, SCIENCE FICTION/FANTASY, AND LITERATURE

Formerly Greekdrama Books Specializing in classical, medieval and ancient languages, history and cultures; antiquarian and unusual books; and interesting used books. We also carry many early printed books, particularly in the subjects of classics and religion, including incunabula and manuscripts. 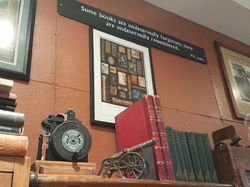 We are an open shop in Ann Arbor,Michigan with over 8,000 books in a variety of fields. We specialize in ancient, medieval, renaissance, and reformation history, books about books, occult topics, and scholarly books. We also do appraisals for estate, insurance, and donation purposes.

Situated on Long Island's north shore, the business maintains a stock of approximately 4,000 titles of quality scholarly, scarce and out-of-print secondhand books in most fields. In business since 1972. Founded and still operated by Michael and Mary Mart, the business is Suffolk County's oldest antiquarian book business. Except for a few Book Fairs a year on Long Island and in New York City, all sales are conducted on the internet.