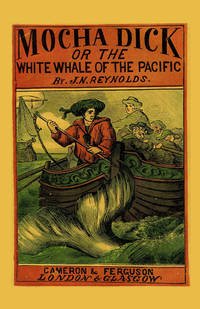 Jeremiah N. Reynolds (1799ā1858), an American newspaper editor, lecturer, explorer and author who became an influential advocate for scientific expeditions. Reynolds gathered first-hand observations of Mocha Dick, an albino sperm whale off Chile who bedeviled a generation of whalers for thirty years before succumbing to one. Mocha Dick survived many skirmishes (by some accounts at least 100) with whalers before he was eventually killed. In May 1839, The Knickerbocker, or New-York Monthly Magazine published Reynoldsā "Mocha Dick: Or the White Whale of the Pacific," the inspiration for Herman Melville's 1851 novel Moby-Dick. In Reynolds' account, Mocha Dick was killed in 1838, after he appeared to come to the aid of a distraught cow whose calf had just been slain by the whalers. His body was 70 feet long and yielded 100 barrels of oil, along with some ambergris. He also had several harpoons in his body. 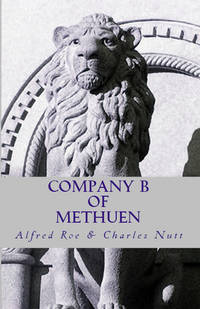 Description:
"Company B, Methuen Light Infantry" excerpt from History of the First Regiment of Heavy Artillery Massachusetts Volunteers formerly the Fourteenth Regiment of Infantry, 1861 - 1865 written by Alfred Seelye Roe, A. B. and Charles Nutt, A.B. was originally published by the Regimental Association in 1917. Newly typeset and fully indexed, also includes list of Methuen residents from other companies.
Item Price
NZ$13.20
NZ$24.20 shipping to NZL