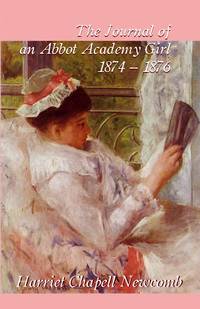 Description:
When Harriet Chapell Newcomb attended her fiftieth anniversary reunion at Abbot Academy, she brought along the Journal which she had kept during her three years in Andover. This day-by-day story of the school life was such a hit, a large part of the book was published to benefit of the centennial fund.  Harriet's daughter, Ruth W. Newcomb, Abbot Academy class of 1910, made tracings of the pen and ink sketches in the journal, and many alumnae contributed toward the expense of publication.  This singular volume remains one of the most heartwarming and charming personal histories of a very singular institution.