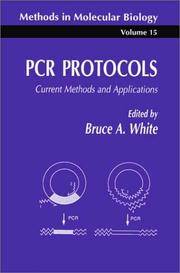 Description:
a4 pile off white: Lippincott, 1959. Hardcover. Good. Condition good, clean. ref ZKVQ Pablo Picasso (Spanish: 1881-1973) was a Spanish painter, sculptor, printmaker, ceramicist, stage designer, poet and playwright who spent most of his adult life in France. Regarded as one of the greatest and most influential artists of the 20th century, he is known for co-founding the Cubist movement, the invention of constructed sculpture, the co-invention of collage, and for the wide variety of styles that he helped develop and explore. Among his most famous works are the proto-Cubist Les Demoiselles d'Avignon (1907), and Guernica (1937), a portrayal of the bombing of Guernica by the German and Italian airforces at the behest of the Spanish nationalist government during the Spanish Civil War.
Item Price
NZ$19.22
NZ$11.91 shipping to USA

Description:
a4 p upstairs: The Amalgamated Press, 1913. Hardback. Used: Acceptable. Condition clean inside, spine cover is split along its length. Front board is parting company with page body. Cover is worn on all edges. ref ZKVQ
Item Price
NZ$92.90
NZ$11.91 shipping to USA