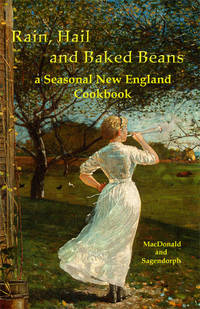 Description:
Rain, Hail and Baked Beans combines two things New England is famous for recipes and weather. The recipes are contributed by Miss Duncan Macdonald well known Boston radio-broadcaster and food columnist, with cheerful Yankee interludes by almanac publisher Robb Sagendorph.  This beloved classic from 1958, has many of our childhood comfort foods and those of our parents. It is a staple of the New England bookshel 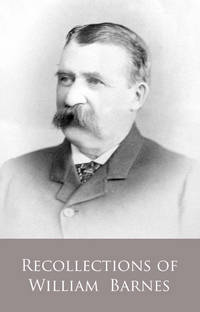 A combined and indexed edition of "Recollections of Sixty Years in Methuen" and "Recollections of Civil War", historical addressed read before the Methuen Historical Society in 1905.
William Barnes was born on March 15, 1834, in Orford, NH; his family moved to Methuen when he was 11 years old. At 27 years old, Barnes a married man with 4 children, joined the 1st Massachusetts Heavy Artillery and fought in ten battles in a span of three months during the civil war. He worked in a Methuen hat factory for over thirty years, and as janitor of the new Nevins Memorial Library for eighteen years after that. He wrote these essays shortly after his retirement in 1905. William Barnes died tragically in a fall at the Odd Fellows building, on February 5, 1913. His recollections of Methuen are an integral part of all Methuen historical research.