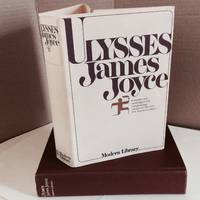 Description:
New York: Modern Library, 1979 Ulysses by James Joyce is both famous and infamous, depending on your outlook. Random House and Modern Library have been involved as publishers in the U.S. from the beginning. The sale item is Modern LIbrary #52.2 which was published from 1961 to 1990. Binding is a Toledano G8 with a Gk jacket, both used by Modern Library from 1997 to 1980. Brown leatherette binding with gold lettering on spine only. Biinding tight and square with no flaws other than a bit of bumping at top and bottom of spine. Unclipped dust jacket is bright and clean but has wear and chipping at front board extremites and a small repaired tear at bottom of spine. 783 pages.
Item Price
NZ$44.40
NZ$31.30 shipping to NZL 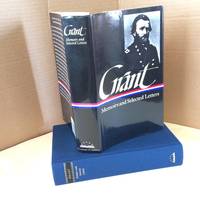 Description:
New York: Library of America, 1990 U. S. Grant (1822-1885) was perhaps one of the best generals America has ever produced. He was also an excellent author. This volume contains both volumes of the Memoirs as well as the selected letters from 1839 to 1865; stated eighth printing from 1990. This is the retail version of this title (with dust jacket) rather than the subscription version (slip case). Blue cloth binding with gold lettering on black block on spine only; attached blue fabric book mark. No marking inside or out; binding tight and square Unclipped dust jacketshows author's picture, white lettering, and red, white, and blue decoration on black background. Listing of other title in series on reverse side of jacket. Jacket has a few minor bumps at top of spine but no tears. 1199 pages including notes.
Item Price
NZ$50.13
NZ$31.30 shipping to NZL 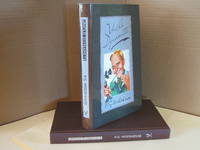 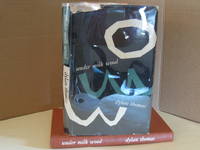 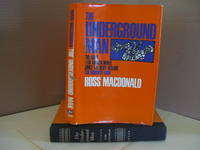 Description:
New York: Alfred A. Knopf Inc., 1971 Alfred A. Knopf Inc., 1971. Very Good. Alfred A. Knopf Inc., 1971. Very Good. Macdonald (1915-1983), the creator of the detective Lew Archer, wrote dozens of mystery novels in his long career. This is one of his later efforts; stated 'First and Second Printing Before Publication' from 1971. Orange paper boards bound in black cloth at spine; blind stamped initials on front board and gold lettering on spine. Binding tight and square with no marking inside or out, except for minor foxing inside front board and a bit of wear to front free end page due to removal of a label. Unclipped dust jacket has a small chip half way up spine, and various nicks at extremities, but no major tears. Repairs and restorations have been made. 272 pages.
Item Price
NZ$27.21
NZ$31.30 shipping to NZL 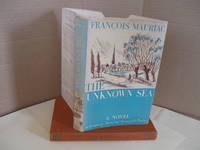 Description:
New York: Henry Holt & Company, 1948 Mauriac (1885-1970) was a French novelist and poet; he won the Nobel prize for literature in 1952. The sale volume was originally published in France in 1939; it was translated by Gerard Hopkins and published by Holt in 1948 as the stated first (American) edition. Orange cloth boards with black lettering on spine only. Binding tight and square with no major flaws other than age; usual bumping at extremities. Unclipped dust jacket has chipping at top and bottom of spine and bottom of front board area; minor fading to spine. Previous owner's name printed at top of front side flap. Minor restorations have been made. 236 pages.
Item Price
NZ$32.94
NZ$31.30 shipping to NZL 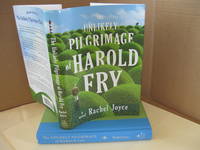 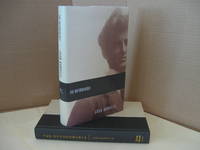 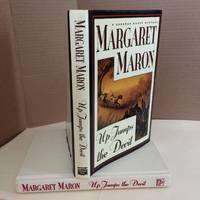 Description:
Mysterious Press, 1996 Maron was born in North Carolina but has lived in both New York and Italy. When she returned to her roots in North Carolin and started writing, her books described the south rather than New York. She is known for two characters; Sigrid Herald and Judge Deborah Knott. She has won the Edgar, Agatha, Macavity and Anthony awards during he career. The sale item is the fourth Deborah Knott title. White paper boards with red lettering on spine only. Binding tight and square but bumped at top and bottom of spine. No soiling. Author has signed the book on title page. Unclipped dust jacket has minor bumping at extremities and a one inch tear at bottom of the bottom fore corner of front board. Repairs and restorations have been made.
Item Price
NZ$25.78
NZ$31.30 shipping to NZL 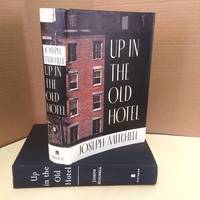 Description:
New York: Pantheon Books, 1992 Mitchell (1908-1996) was from North Carolina originally, but after 1930 he was associated with New York. He worked for newspapers and eventually The New Yorker magazine. The sale volume is a collection of the best of his articles from a long career, some fiction but mostly memoir. Eighth printing of the first edition with number line showing only 8 9. Black paper boards bound at spine with black cloth; silver lettering on front board and spine. Binding tight but there is a definite cocking to the spine because of poor placement. Clean and bright with no unusual wear. Unclipped dust jacket has minor bumping but no tears. This is a large, heavy book that has been read several times so there is some nornal looseness in the binding. A very attractive volume. 718 pages.
Item Price
NZ$97.40
NZ$31.30 shipping to NZL 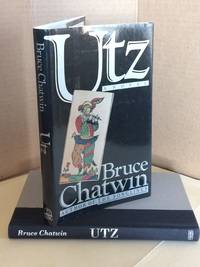