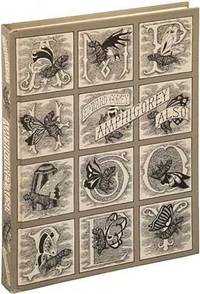 A large influence on the works of artists like Tim Burton, Edward Gorey (1925-2000) became an iconic figure of the Goth subculture. Born and raised in Chicago, Gorey studied art for only one semester at the School of the Art Institute of Chicago in 1943 and then attended Harvard University from 1946 to 1950. In 1953, Gorey moved to New York City and landed a job in the art department of publisher Doubleday, illustrating book covers, and in some cases, adding illustrations to the text. In his eight years with Doubleday, Gorey illustrated works as diverse as Bram Stoker's Dracula, H.G. Wells' The War of the Worlds, and T.S. Eliot's Old Possum's Book of Practical Cats.

Within his first year in New York, Gorey published his first independent work, Unstrung Harp (1953), a tongue-in-cheek study of a gloomy Edwardian novelist struggling with "the unspeakable horror of the literary life." In his first children's book, The Doubtful Guest (1957), a furry, mournful, and inexplicable creature in a scarf and white tennis shoes appears in a Victorian family's house, performing strange and unsettling acts. Indeed, by the early 1960s, Gorey had a distinct tone, dark but humorous in a world of oddities. His drawings, usually of ghoulish, beady-eyed characters, often depicted macabre situations or settings, but with comedic undertones.

The Gashlycrumb Tinies (1963), an abecedarian book, is perhaps Gorey's most famous work. Published in ten languages other than English, The Gashlycrumb Tinies tells the story of 26 ill-fated children and their untimely death in rhyming couplets with black and white crosshatched illustrations: "A is for Amy who fell down the stairs; B is for Basil assaulted by bears?" Later works of note include The Raging Tide: or, The Black Doll's Imbroglio (1987), with absurdist images of squabbling surreal creatures, and The Haunted Tea-Cosy (1997), featuring an enormous beetle who announces itself as the Bahhum Bug. Gorey also became well-known through his animated introduction to the 1980 PBS series Mystery! as well as his designs for the 1977 Broadway production of Dracula, for which he won a Tony Award for Best Costume Design.

In 2000, Edward Gorey died at the age of 75 from a heart attack. He had published more than 100 independent works and illustrated some 60 others. Gorey often published under pen names that were anagrams of his first and last names: Ogdred Weary's The Curious Sofa (1961), Ms. Regera Dowdy's The Pious Infant (1966), and E.G. Deadworry's The Awdrey-Gore Legacy (1972) - Gorey's Agatha Christie homage, or rather an illustrated comic tool kit for assembling a Christie-style plot. The Evil Garden (1966) was published under the pseudonym Eduard Blutig ("Edward Gory"), a German language pun on his own name. Though many of Gorey's works were published obscurely and are difficult to find (and priced accordingly), more than 50 of his books are collected in four omnibus volumes: Amphigorey (1972), Amphigorey Too (1975), Amphigorey Also (1983), and Amphigorey Again (2006). In the Gorey fashion, the titles of these editions compose a play on the word amphigory, which means a nonsense verse or composition.

Home > Book Collecting > Illustrators > Edward Gorey
Yes, we have a new look!
Let us know what you think.