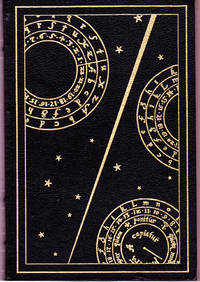 Franklin Library, the distribution arm of the Franklin Press, began publishing in 1973 and closed permanently in 2000. Franklin books were designed and bound by the Sloves Organization, an affiliate of the Franklin Mint, and one of the few binderies that focused solely on leather book binding. Franklin published in three styles: full genuine leather, imitation leather, and quarter-bound genuine leather. Full leather-bound editions were produced throughout the publisher’s lifespan; but the other two styles -- imitation and quarter-bound -- were only published in the 1970s and ’80s. In addition to their unique leather bindings, Franklin books are known for their interior illustrations.

We use cookies to remember your preferences such as preferred shipping country and currency, to save items placed in your shopping cart, to track website visits referred from our advertising partners, and to analyze our website traffic. Manage your privacy settings.