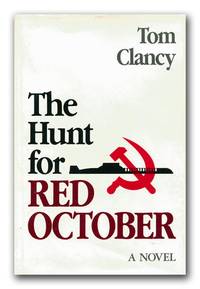 Naval Institute Press was founded in 1898 with the publication of basic guides to naval practices. One of the world's largest and most respected publishers of naval and military books, the press has since broadened its scope to include books of more general interest and publishes about 80 books a year. Perhaps best known for Stephen Coonts' The Bluejackets' Manual and Tom Clancy?s first novel, The Hunt for Red October, Naval Institute Press titles now range from how-to books on boating and navigation to battle histories, biographies, ship and aviation guides, professional manuals, a quality paperback series of classic works of fiction and nonfiction, and audiobooks. The press also published multiple reference books that are popular with the military, media, and maritimue enthusiasts, such as The Naval Institute Guide to Combat Fleets of the World and The Naval Institute Guide to Ships and Aircraft of the U.S.

First editions from Naval Institute Press have no additional printings indicated on the copyright page.