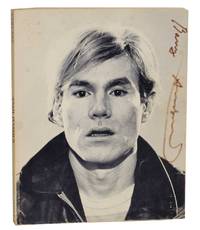 German-American artist Anton Schutz, noted for his architectural etchings of New York City that celebrate the grandeur of the modern city, originally founded New York Graphic Society, Inc. in 1925 to supplement his etching career as the economic depression damaged the fine art market. What began as an outlet for marketing original art during hard times, NYGS became the world's largest publisher of color art reproductions after World War II. In 1958, the company began branching out to art book publishing in 1958. Time, Inc. then purchased a thriving NYGS in 1966 as it became the trade distributor for a number of museums and cultural organizations, including The Metropolitan Museum of Art, The Museum of Modern Art, The Museum of Primitive Art, and the Asia House Gallery of the Asia Society. Today, New York Graphic Society Publishing Group consists of four dynamic divisions: New York Graphic Society, Portfolio Graphics, Opus One Collection and Shorewood Fine Art Reproductions.

First editions published by New York Graphic Society have "First Edition" or "First Printing" on the copyright page with no additional printings listed.