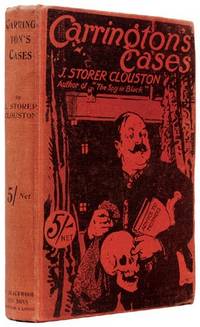 The Scottish publishing firm William Blackwood and Sons was founded in 1804 when Blackwood opened an Edinburgh shop for old, rare, and curious books and then gradually drifted into publishing on his own account. In 1817, Blackwood published the first number of the Edinburgh Monthly Magazine, which was eventually named Blackwood's Magazine. Blackwood was succeeded by his sons Alexander, Robert, and John, who added a London office to the business in 1840 and an Edinburgh printing office in 1847. The company remained in family hands through generations with Douglas Blackwood, founder William's great-great-grandson, being the last member of his family to edit the magazine which bore their name. Douglas Blackwood retired from the editorship in 1976, but remained chairman of the publishing house until 1983.