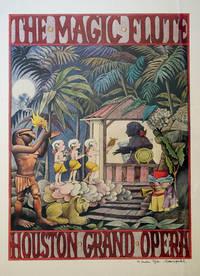 Well, 2020 was one for the books. Let's close it up, lock it, and stick it on a shelf in one of those chained libraries where it can safely remain under wraps.

The biggest crisis of 2020 was the spread of COVID-19 and the quarantine required to handle a global virus. This year has brought a renewed interest in medical dictionaries, books on anatomy, and "plague journals," like an 1892 diary of a Maine woman that detailed a wave of grippe and influenza, and a historical account of smallpox inoculation in New England in 1726.

The socio-political arena has also been volatile. Military-focused histories, maps, letters, and works on wars from all areas of the world have sold briskly, with a noticeable increase in Americana. The increased sales of books and ephemera relating to the Founding Fathers, American Presidents, the American Civil War, and the Civil Rights movement of the 1960s (including works by John Lewis) are a clear reflection of the state of the country today. Books and letters by modern political figures like President Barack Obama (new book out this year) and Ruth Bader Ginsburg (passed away in October) have been selling well, including the expected increase in books by President-elect Joe Biden and Vice President-elect Kamala Harris.

Books about chess have been more popular since the popular show The Queen's Gambit, based on Walter Tevis' 1983 novel, dominated the airwaves for a while. Other movies and shows have also caused a rise in purchases of the Dune series, Jack London books, copies of Little Women by Louisa May Alcott, and Rebecca by Daphne DuMaurier.

In spring, people were seeking escape from their stress in their kitchens and their gardens. Baking bread, puttering in the veggies, and reading about those pastimes kept fears at bay, leading to a surge of sales in books on cooking, permaculture gardening, and guides for maintaining country estates from past centuries.

We wrapped up our Book Collecting By The Year series on Mysteries and noticed that it seemed to grab the attention of those seeking some cozy mysteries or reads to complement their murder-related podcasts. Works by Sir Arthur Conan Doyle, Agatha Christie, and Dorothy L. Sayers remained popular. John Le Carre passed away this year, which also made his books move quickly.

A hand-written copy of the Gettysburg Address by Abraham Lincoln is just one of the letters included in the 1864 Autograph Leaves of Our Country's Authors. This scarce publication also includes hand-written contributions from Henry David Thoreau, Edgar Allan Poe, Francis Scott Key, Herman Melville, Washington Irving, and Harriet Beecher Stowe, to name a few.

The discovery of greenhouse gases and concerns about carbon dioxide and its likeliness to increase the earth's temperature was first published in "Circumstances Affecting The Heat Of The Sun's Rays" by Eunice Newton Foote. Long ignored by her peers and then forgotten, Foote's paper was recently the centerpiece of an exhibition "From Eunice Foote to UCSB: A story of women, science, and climate change," at Santa Barbara 2019-20 before finding a new home this year.

Charlotte Charke - later Charles Brown - wrote one of the earliest autobiographies of an LGBTQ+ person in A Narrative Of The Life Of Mrs. Charlotte Charke...Written By Herself (1755). Charke was a London performer who was openly gender non-conforming and eventually mostly lived as Charles Brown, acknowledging a "natural Propensity to Hat and Wig" that assists Charke in living longterm as a man and the lover of a "Lady of great Fortune."

Top Five Most Expensive Books Sold on Biblio in 2020: