The authors combine the text of The Mystery of Edwin Drood, literary scholarship, the detective genre, and their knowledge of Rome to produce a hilarious, offbeat satire. Translated by Gregory Dowling. A Helen and Kurt Wolff Book

Description:
Mariner Books. Paperback. GOOD. Spine creases, wear to binding and pages from reading. May contain limited notes, underlining or highlighting that does affect the text. Possible ex library copy, will have the markings and stickers associated from the library. Accessories such as CD, codes, toys, may not be included.
Item Price
US$2.17
US$3.00 shipping to USA

Description:
UsedGood. The item shows wear from consistent use, but it remains in good condition and works perfectly. All pages and cover are intact (including the dust cover, if applicable). Spine may show signs of wear. Pages may include limited notes and highlighting. May NOT include discs, access code or other supplemental materials.
Item Price
US$3.44
US$3.99 shipping to USA 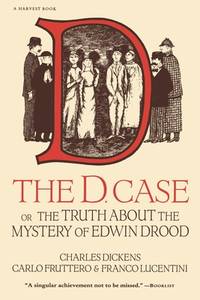 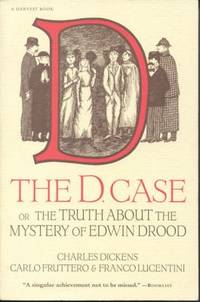 Description:
Harcourt Brace International. Reprint. Paperback. Used; Good. **Simply Brit** Shipped with Premium postal service within 24 hours from the UK with impressive delivery time. We have dispatched from our book depository; items of good condition to over ten million satisfied customers worldwide. We are committed to providing you with reliable and efficient service at all times. 12/31/1993
Item Price
US$5.60
US$9.83 shipping to USA 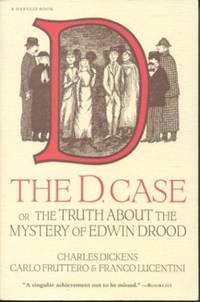 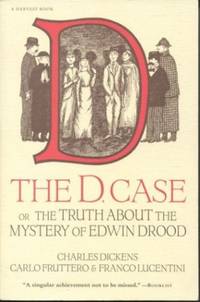 Description:
Paperback. Acceptable.
Item Price
US$4.04
US$12.03 shipping to USA

Description:
Orlando, FL: Harvest Books/Harcourt, 1993. Text/Near New. Softcover (illustrated by Edwar Gorey) Good/Sound with shelf wear and soiling (coffee spill?) to front. Literature, and, a supersleuth novel. The Mystery of Edwin Drood is the final and unfinished novel of Charles Dickens in which there is a murder, but the identity of the murderer had yet to be revealed. Story assembles, in Rome, world famous fictional sleuths --- Sherlock Holmes, Jules Maigre, Hercules Poirit, Lew Archer, and Philip Marlow --- to solve the case. Deliberations of the dectives interdispersed with Dicken's original text which appears in its entirety.. First Edition, First Printing. Soft Cover. Very Good/None as Issued.
Item Price
US$14.50
US$5.00 shipping to USA