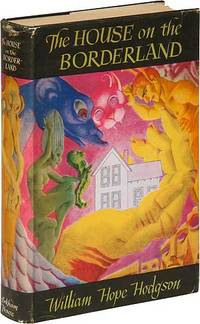 Arkham House was founded by writers August Derleth and Donald Wandrei in 1939 with the publication of its first book, Howard Phillips Lovecraft’s The Outsider and Others. Lovecraft’s horror fiction became iconic to the publishing house, the name “Arkham House” deriving from the author’s widely-used fictional New England city. In 1944, after Arkham House had sold out of the first four books it published, Derleth, managing editor, commissioned artist Frank Utpatel to design a house colophon, which first appeared on Donald Wandrei’s The Eye and the Finger. With the death of Derleth in 1971, Wandrei continued to offer time and advice to Arkham House, but refused to become managing editor. Derleth was instead succeeded by James Turner in 1974. Turner expanded Arkham House publications to include science-fiction and fantasy writers, such as Ray Bradbury. Turner was eventually dismissed by Derleth’s daughter, April, in 2002 for taking the publisher too far from its roots in horror fiction.

Through the late 1970s, Arkham House Publishers used a colophon, designed by Frank Utpatel in 1944, at the back of each book to indicate the edition. In the early 1980s, under James Turner, the publisher began stating “First Edition” and noting later printings on the copyright page.