Christopher Priest was born in Cheshire, England. He has published eleven novels, three short-story collections, and a number of other books, including critical works, biographies, novelizations, and children’s nonfiction. In 1996 Priest won the World Fantasy Award and the James Tait Black Memorial Prize for his novel  The Prestige , which was adapted into a film by Christopher Nolan in 2006. His most recent novel,  The Separation , won both the Arthur C. Clarke Award and the British Science Fiction Association Award. Priest and his wife, the writer Leigh Kennedy, live in Hastings, England, with their twin children.  John Clute was born in Toronto, Ontario in 1940, but has lived most of his life in England. He has won three Hugo Awards for his nonfiction. Recent work includes  Appleseed , a novel,  The Darkening Garden: A Short Lexicon of Horror , and  Canary Fever: Reviews.

Description:
NYRB Classics. Used - Acceptable. Paperback The item is fairly worn but still readable. Signs of wear include aesthetic issues such as scratches, worn covers, damaged binding. The item may have identifying markings on it or show other signs of previous use. May have page creases, creased spine, bent cover or markings inside. Packed with care, shipped promptly.
Item Price
US$3.49
US$3.99 shipping to USA

Description:
Used - Good. Ships from the UK. Shows some signs of wear, and may have some markings on the inside.
Item Price
US$6.82
US$10.00 shipping to USA 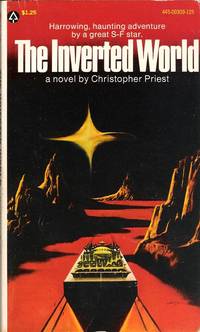 Description:
2008-05-06. Good. Ships with Tracking Number! INTERNATIONAL WORLDWIDE Shipping available. May not contain Access Codes or Supplements. May be re-issue. May be ex-library. Shipping & Handling by region. Buy with confidence, excellent customer service!
Item Price
US$35.57
FREE shipping to USA

Description:
Paperback. Very Good. Access codes and supplements are not guaranteed with used items.
Item Price
US$43.99
US$3.00 shipping to USA